The beginnings of an explanation.

A couple of weeks ago, I stumbled across (I think on Twitter) the Critical Theory Workshop offered at the Sorbonne each summer. This year, it’s being held online due to the coronavirus pandemic. I quickly applied (and was surprised to be accepted). I couldn’t have gone were it actually held in Paris, but I can definitely join everyone via Zoom from my carport or dining room.

Critical Work in the Current Conjuncture

Aside from getting to hear from contemporary theorists discuss their works in progress, most of the participants in the workshop have some sort of project — a dissertation, essay, research program — they’re pursuing during the time. It occurred to me over the weekend that I could use San Antonio Review as my project.

Specifically, in thinking about SAR as an organization, I posed the question to Gianna and Paul the other day that we discuss and determine our mission/statement of purpose.

WTF? Why does SAR Need a Mission Statement?

I know their reaction was along the lines of, Um, our purpose is to publish good writing and artwork. Duh. And that’s true. Initially, maybe back in 2017, it seemed as easy as that. But, as I’ve devoted more time and energy (and money) to SAR, watched it slowly but surely grow and continued my own outside studies, it occurs to me that, as an organization, SAR could enact different arrangements than those prevalent in our already-existing neoliberal, white supremacist, patriarchal, heteronormative societies.

For instance, rather than being profit-driven in the end or submitting to the dictates of foundations’ funders by becoming a nonprofit, we could continue as a volunteer-run organization dependent upon grassroots donations (and the “side money” from my day job). Should we ever experience a flush period (or just a time in which we aren’t in the red), what isn’t used to support SAR’s operations could be split equally among current editorial collective members or put into a common fund for personal emergencies or some other method of equitable distribution.

Anyway, that’s just one example of how SAR could continue my tradition of trying to be or make the change I want to see.

It’s about much more than profit-sharing, though. It’s about not replicating the structural arrangements common to capitalist enterprises of various flavors (for-profit corporation, non-profit, foundation, etc.) It’s about decisionmaking processes, responsibility-sharing, reciprocity, and, yes, even justice and equality.

One question I found myself posing is: What qualifies the members of our editorial collective to decide what works deserve publication?

Beyond just the nebulous idea of “good” writing or artworks (aka “stuff we like”), are we just reproducing — possibly especially with our lack of any agreed-upon or even recognized critical frameworks for making our (value) judgments — the same nonsense every other middle-class white would select to herald and promote? If we say we aren’t, how do we prove it?

It didn’t take too many months after starting SAR in 2017 out of sheer boredom in San Antonio that I discovered keeping up with judging submissions was more work than expected. I drafted one of those regular submitters, Alex Z. Salinas, into serving as our first poetry editor after he publicized our existence to his fellow poets. Since then, he’s finished graduate school and published a couple of books of poetry. Recently, he’s seemingly drifted away from the collective and, so, I “promoted” Gianna Sannipoli to the role.

Gianna emailed me out of the blue last summer as I was driving my longtime friend Brianna Keeper’s house on the Guadalupe River in Hunt, Texas. She wrote that she’d stumbled upon SAR, thought it could be worthwhile, wondered when it was last updated and offered her help. I replied slightly curtly (because I’d only just published a new piece the day before and the drive from Austin to Hunt has grown much longer as the population in the Hill Country has grown, putting me in unhappy-driver mode). After a couple of days cooling off next to the river, I wrote her again to apologize for any shortness she may have detected and welcomed her aboard. The next time she had free time in Austin, we met at Epoch for a couple of hours of discussion and she took on the role of Reader of submissions, specifically poetry, as that’s her preferred area.1

My point in giving this little history of our volunteer staffing is to make clear that I’ve tried not to engage in baseless discrimination by preventing anyone interested — no matter their level of expertise at their desired craft or subject matter or whatever — in taking an active role in SAR and, hopefully, learning and gaining something (if not money from me or the bank-less SAR) from the experience.

Just as I’m a two-time grad-school dropout who does this work when he’s not serving as the marketing department for a relatively small technology provider, I think — and here’s a piece of SAR’s mission statement, possibly — there’s value to be gained by providing a venue or organization or outlet for and listening or reading those who are almost completely outside our common modern-day knowledge-production apparatuses.

Obviously, there’s far more for me to say on this, but this is long enough for now. Tomorrow will be Day Two of the CTW. If you have any interest in reading the materials or watching any of the publicly posted videos, check out their site. I’ll continue to write my thoughts here.

A Supplement to this Pub 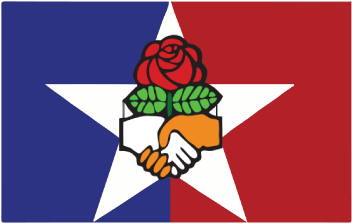